Sometimes it will be difficult to tell the difference between criticism and  reviews, but it is important to recognize their key differences so you can use them to support your arguments. Some reviews may be written by scholars, but often they are written by critics who do not have academic credentials. That does not make them illegitimate or unreliable; it mostly means they have different goals.  Below are some guidelines distinguishing between reviews and  criticism. Both have value, but are written for very different audiences. You should also be aware that scholars in the creative and performing arts often base their articles solely on the primary source--the work of art, which means their articles may have very few references to outside research. The chart is based on film reviews but it is applicable to drama, music, and book reviews, as well. 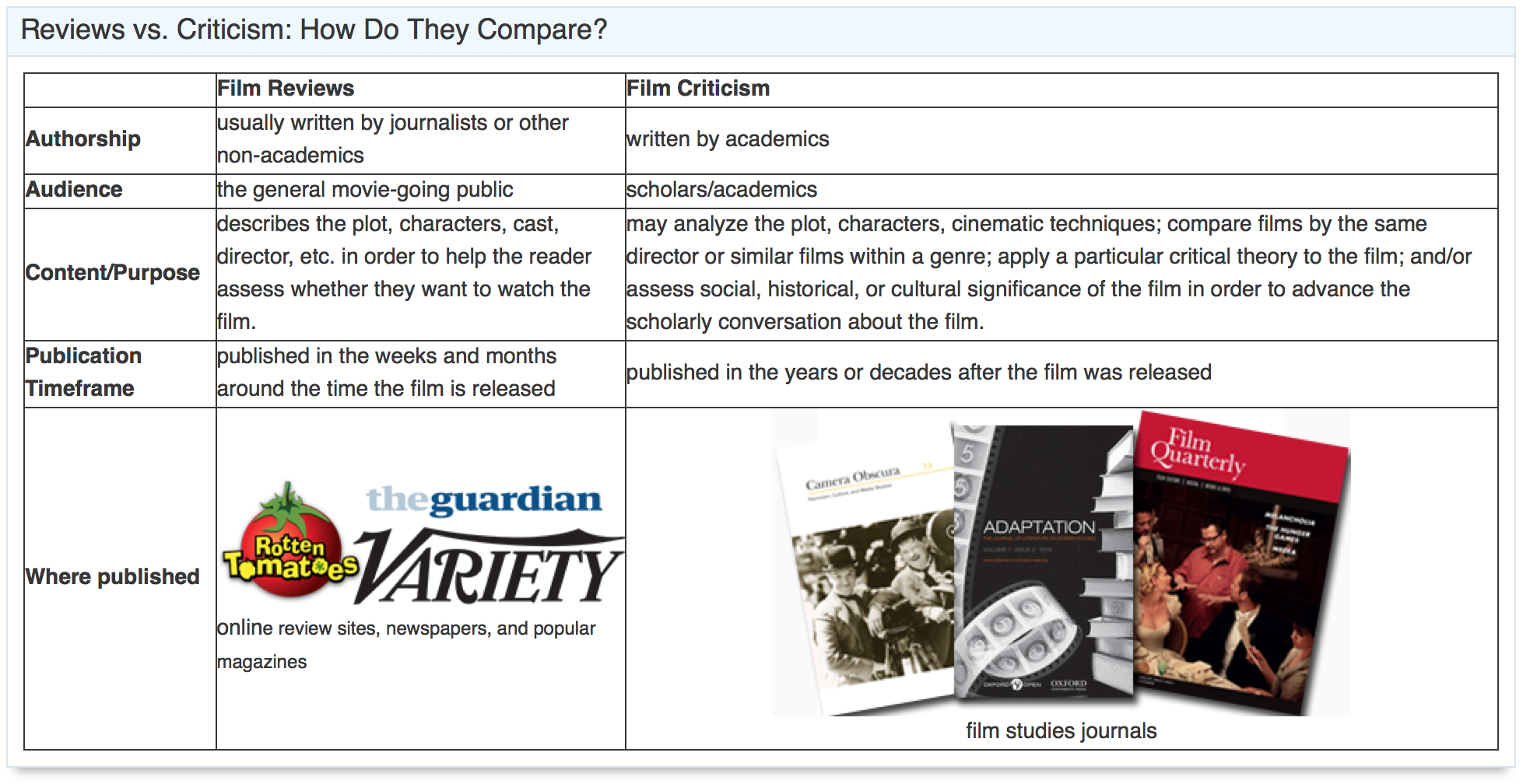 Critical Evaluation for All Sources